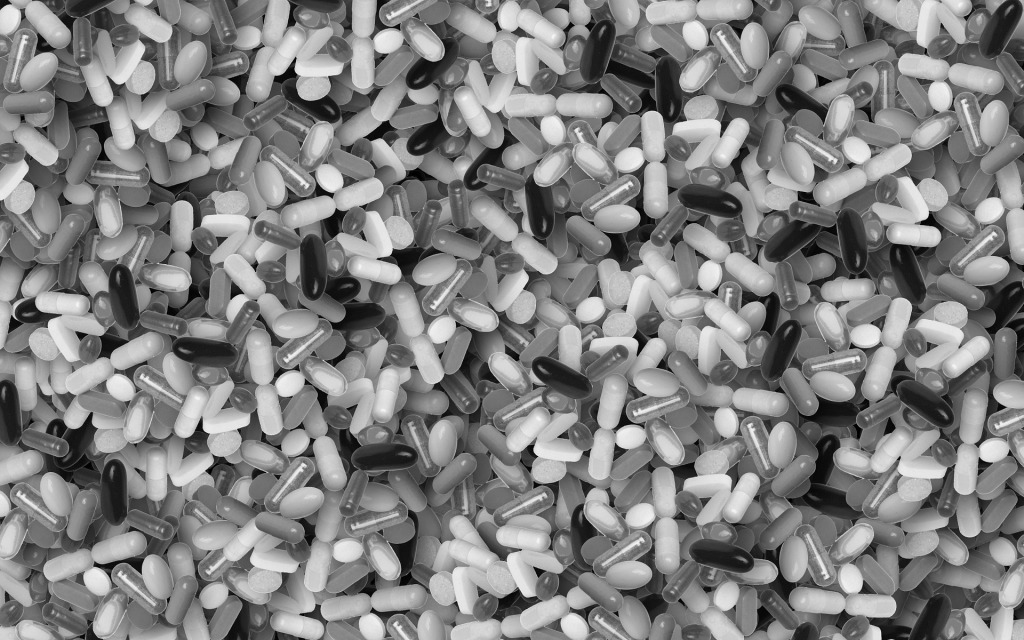 Our gut is home to trillions of microorganisms that help us digest our food, produce important vitamins and minerals, and fight off harmful bacteria and viruses. Antibiotics, while important for treating potentially life-threatening bacterial infections, can disturb the microbial communities in our gut. This imbalance can lead to recurrent intestinal infections caused by Clostridioides difficile, characterized by severe diarrhea. Changes in gut microbiota due to antibiotics can also lead to long-term metabolic or immunological conditions like obesity, allergies, or asthma. But which antibiotics affect which bacterial species and how? And how can these negative side effects be mitigated?

The price we pay

To better understand the “collateral damage” of antibiotic treatment, an international research team led by scientists from EMBL Heidelberg and the University of Tübingen in Germany set out to systematically characterize the effects of a wide range of antibiotics on bacterial species derived from the human gut. The researchers monitored the growth of 27 different bacterial species following treatment with 144 different antibiotics. They also determined the minimal inhibitory concentration (MIC) – the minimal concentration of an antibiotic required to inhibit bacterial growth – for over 800 of these antibiotic-bacteria combinations.

The scientists found that the majority of gut bacteria had slightly higher MICs than pathogenic bacteria, which is good news: At antibiotic concentrations used in the clinic, most of the tested gut bacteria were not affected. However, this was not true for the widely used antibiotics class of tetracyclines. Tetracyclines affected the growth of gut bacteria at concentrations much lower than those required to inhibit pathogenic bacteria. Moreover, the researchers found that tetracyclines and macrolides, another widely used class of antibiotics, not only inhibited bacterial growth, but actually killed more than half of the tested gut bacterial species. “We didn’t expect to see this effect with tetracyclines and macrolides, as these antibiotic classes were considered to have only bacteriostatic effects – which means that they stop bacterial growth, but don’t kill bacteria,” said Camille Goemans, one of the authors of the study. These bactericidal effects of tetracyclines and macrolides could kill specific members of our gut microbiota, altering its composition for a potentially long time.

A price we don’t have to pay

How can we reduce the collateral damage of antibiotics on our gut microbiota? Could a second drug protect the gut bacteria? The researchers screened over 1,100 pharmaceuticals to find a suitable antidote that would protect two abundant gut bacterial species from the antibiotics erythromycin, a macrolide, or doxycycline, a tetracycline. They identified four promising candidates: the anticoagulant dicumarol, the gout medication benzbromarone, and two anti-inflammatory drugs, tolfenamic acid and diflunisal. Importantly, these drugs did not interfere with the efficacy of the antibiotics against pathogenic bacteria. These antidotes were not only effective in protecting isolated gut bacterial species from the two antibiotics; they also protected specific bacterial species in synthetic microbial communities, as well as in natural bacterial communities derived from human stool samples and in living mice. These promising results open an exciting opportunity for mitigating the collateral damage of antibiotics.

Before we start combining antibiotics with other drugs to mitigate the antibiotics’ collateral damage, further research is needed. The antidotes themselves are drugs that come with their own potential side effects. Thus, the optimal dose of an antidote needs to be carefully defined to minimize side effects while keeping efficacy high. Also, no single antidote will be able to protect our entire gut microbiome. Optimal and personalized combinations of antidotes need to be defined. We are only now beginning to understand the complex interactions between antibiotics and our gut microbiota. This will allow us to find new ways to reduce the price we pay for antibiotic treatments.