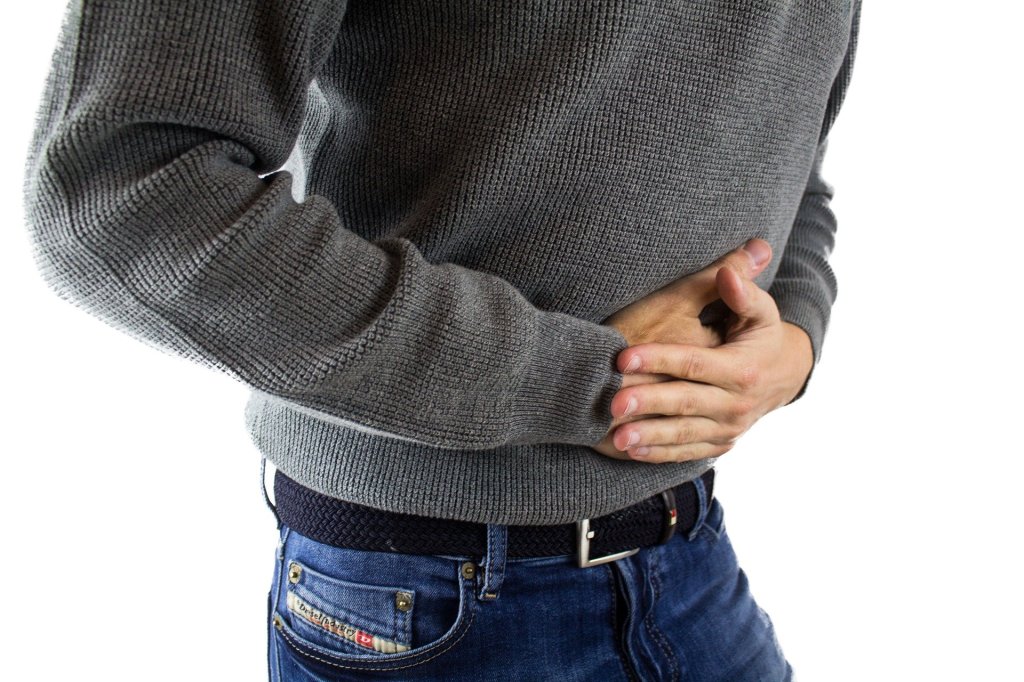 The bacteria populating our gut have a tremendous impact on our health, largely by metabolizing nutrients found in the intestines into active compounds such as the notoriously stinky hydrogen sulfide (H2S).

In addition to giving a delicate note of rotten egg to the farts perfume, hydrogen sulfide has both beneficial and deleterious effects on us depending on its concentration in the gut. Low to medium concentrations have antioxidant effects and contribute to host mitochondria metabolism, the cellular organelles that produce energy from nutrients. High concentrations however, can trigger intestinal inflammation.

Our gut microbiota, mainly composed of hundreds of bacterial species, produces thousands of different molecules. It has been known for a long time that gut bacteria can produce hydrogen sulfide from cysteine, an amino acid found in meat, egg and some legumes such as soy. Nevertheless, the metabolic capabilities of our gut bacteria are tremendous and still largely unknown. Hanson et al. hypothesized that our gut microbiota could produce hydrogen sulfide from other nutrients than cysteine, and they were right.

The authors had a candidate nutrient in mind: sulfoquinovose, a sugar chemically close to glucose with a sulfo group (sulfur and 3 oxygen atoms). This sugar is a component of sulfolipids which can be found in plants performing photosynthesis. Regarding our diet, we encounter them in all leafy green vegetables such as lettuce, spinach, kale and green onions where they can represent more than 25% of the total lipids. To find out if gut bacteria could turn sulfoquinovose into hydrogen sulfide, the authors collected, diluted, and pooled the stools of 8 volunteers, then added sulfoquinovose and measured the production of hydrogen sulfide. At the end of this flavorful experiment, only the samples supplemented with sulfoquinovose contained hydrogen sulfide.

But which bacteria among the hundreds of species present in the stools were involved? The analysis of the incubated samples showed that two bacteria in particular declined in the absence of sulfoquinovose and thrived in its presence: Eubacterium rectale and Bilophila wadsworthia.

This prompted the authors to perform other in vitro experiments with these two species and  analyse their genomes. It turns out that Eubacterium rectale ferments sulfoquinovose to produce energy. The end-product of fermentation, DHPS (2,3-dihydroxypropane-1-sulfonate), is no longer useful to E. rectale and is excreted outside of the bacterium. Then, Bilophila wadsworthia picks up DHPS, extracts the sulfite (SO3) from DHPS and uses it together with taurine derived from bile acids to produce energy through anaerobic respiration. This respiration produces hydrogen sulfur, the stinky H2S, that is secreted by  Bilophila wadsworthia.

Eubacteria rectale and Bilophila wadsworthia are thus working as a team to produce hydrogen sulfide from leafy green vegetables and bile components. It is generally assumed that gut bacteria function as an ecosystem comprising numerous cross-feeding events between different species, that is to say that the waste of some bacteria can be the food of others. Nevertheless, very few cross-feeding events have been described in such detail. On other aspects, this work constitutes a counterexample to the theory that several species can perform the same chemical reactions as almost only Eubacterium rectale can transform sulfoquinovose into DHPS and only Bilophila wadsworthia can use taurine and DHPS to produce hydrogen sulfide.

This research highlights the role of specific dietary compounds on the activity of intestinal bacteria and the manifestations of the latter such as the smell of flatulence. It also has implications for the impact of specific nutrient intake on health depending on the gut microbiota composition.