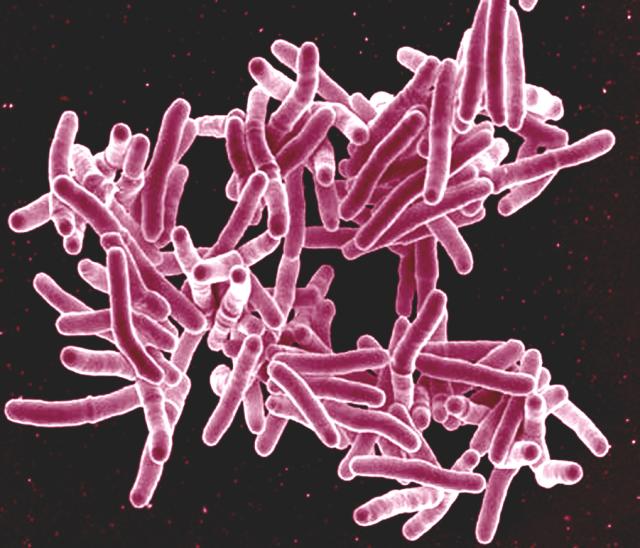 One For the History Books

The white plague, scrofula, consumption, the red death, phthisis, and tuberculosis are all names given to one of the most infectious and deadly diseases in the world. The condition known as tuberculosis (TB) is caused by a bacterium known as Mycobacterium tuberculosis, hereafter referred to as MTB. MTB causes rapid cell death in a process which ultimately overcomes the healthy cell tissue in an infected organism. TB has plagued humans as early as 4000 BCE and, while it may be less prevalent in many developed countries nowadays, it still continues to wreak havoc upon developing countries. According to the World Health Organization, TB was the leading cause of death from a single infectious disease in the entire world in 2019 causing 1.4 million deaths that year¹, only recently overshadowed by the COVID-19 pandemic. Treatment entails six to eighteen months of an intensive drug regimen, a plan which is made more complicated if you contract a multi-drug resistant strain. But how exactly does this persistent disease manage to spread throughout its host?

The defining feature of the genus Mycobacterium, and the trait which makes them so resilient, is their unique cell wall which is largely composed of mycolic acid. Mycolic acid is responsible for imbuing the bacterium with a resistance to dehydration and chemical damage as well as an increased resistance to antibiotics. Accordingly, mycobacteria are capable of surviving for sustained periods of time both inside and outside of host organisms. The most important consequence of the increased hardiness of this bacterium is its ability to survive after being engulfed by macrophages, immune response cells whose purpose is to consume foreign and invading organisms. What distinguishes MTB from other bacteria is its ability to use even macrophages as host cells for replication.

Biting Off More Than You Can Chew

MTB are capable of either inhibiting or evading most of the macrophage’s attempts to destroy them. Foreign substances consumed by macrophages are encased in an organelle called a phagosome. After consuming a pathogen, the phagosome will combine with a lysosome, a cell organelle containing various digestive enzymes, in order to form a phagolysosome which will then lower the pH, or acidity, of its own internal environment. As the internal pH of the phagolysosome decreases, it will degrade anything that the initial phagosome held. To prevent this, MTB will secrete proteins to decrease lysosome recruitment and suppress the expression of some of the macrophage’s genes which play a role in recruiting lysosomes. This, in addition to MTB slowing much of the macrophage’s growth, ensures that the macrophage continues to exist as a host cell which MTB may use for replication. For those phagosomes which do successfully fuse with lysosomes, MTB has a back-up plan: It inhibits the macrophage’s ability to decrease internal pH by altering the macrophage’s cell membrane. At this higher-than-normal pH within the phagolysosome, MTB can escape the immune response and persist inside macrophages.

If a macrophage proves incapable of destroying a pathogen, it has two options. First, by undergoing apoptosis, or cell death, macrophages can halt bacterial growth. In this case, MTB is released from the host macrophage. While this does not destroy the MTB, it at least prevents MTB from using the macrophage as a host to replicate.  There is also a chance that the next macrophage which consumes the newly released MTB will actually be capable of degrading it. Second, the macrophages can form a granuloma to separate MTB from the rest of the body and render it inert. A granuloma is a large aggregated mass of immune-response cells, such as macrophages, that will effectively bury the MTB in its center so the bacteria cannot interact with the body. Caseation, the process of cell death by which MTB spreads throughout its host, will continue to occur within the granuloma. This creates a core of dead cells within the granuloma but slows the disease from spreading to otherwise healthy tissue². However, this strategy is also not completely effective at eliminating MTB.

The core of dead immune cells within the granuloma can expand larger and larger until the granuloma collapses, as will sometimes occur when a host becomes immune-compromised due to various factors such as old age or illness. Caseation overtakes the center of the granuloma and the entire structure falls apart releasing active MTB once again into the host organism to infect nearby tissue. Even more alarmingly, MTB is well-known for being capable of surviving decades within a granuloma and becoming active once again. While granulomas serve an important function in containing the MTB and localizing the immune response to a single region, they are also incapable of fully destroying MTB and represent potential time bombs of TB infection. In their 2018 TB World Report, the WHO reported an estimated quarter of the world’s population is infected with a latent or active form of TB¹.

Granulomas are transported throughout the entire body while they are inert and may therefore infect any part of the body with TB once they burst open. There are cases of individuals with TB localized in their spine, eye, genitals, and almost every organ you can think of. Fortunately, the only transmissible form of TB is when it infects the lungs. However, this form of TB is so incredibly infectious that most developed countries have established extensive TB Control programs in order to prevent mass outbreaks within their borders¹. Despite these efforts, countries with less resources or infrastructure remain as hotspots for new and increasingly drug-resistant strains of TB. Recent efforts by the WHO have been targeted at increasing foreign aid to confine this epidemic. By increasing the number of equipment to detect and track the spread of TB in foreign countries, scientists and healthcare professionals could trace outbreaks much more effectively. There has also been an emphasis on research into new screening methods to detect TB in patients with latent forms of the disease. Employing these new methods, the WHO hopes to end this millennia-old epidemic by the year 2035¹.