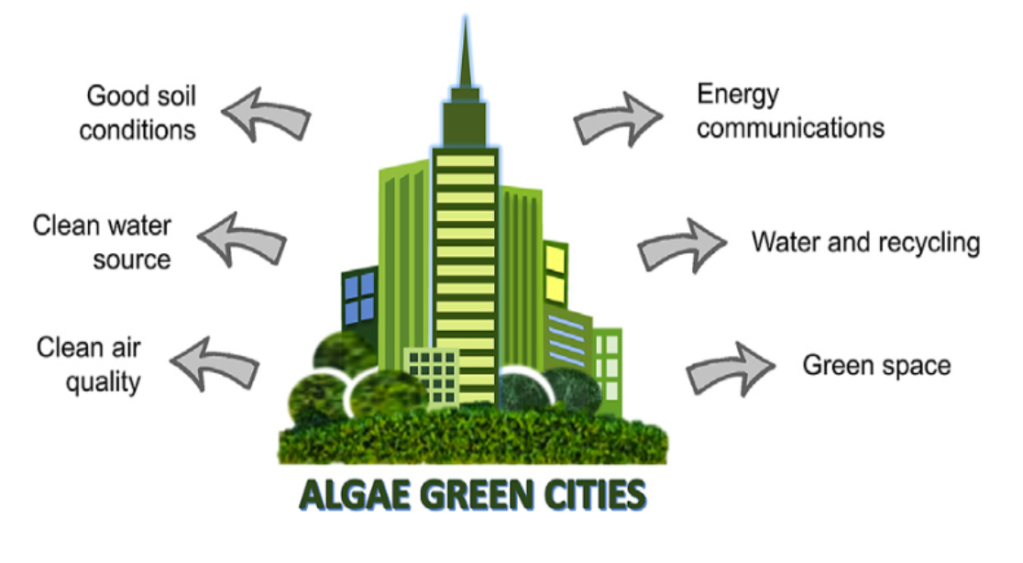 In 2022, it seems like almost every major company, small and large business, and even individual households try to reduce their carbon footprint. While corporations are investing in green energy and sustainable business practices, responsible households participate in recycling and avoid using plastic. Since all of these changes are a part of a smaller scale, what can be implemented on a larger scale? What can governments do to ensure a clean environment for future generations?

Many of those environmental problems that exist today not only come from continuous industrial processes but also are the results of rapid urbanization. The Organization of United Nations estimates that more than 95% of urban expansion in the next decades will take place in the developing world. This would mean that natural resources will be exhausted at even faster rates, putting pressure on the environment once again. To avoid a catastrophe, scientists are exploring the possibility of building green cities. Green cities will have systems that operate on renewable energy sources and will reduce emissions of greenhouse gases. The most well-known alternative energy sources are solar panels and wind turbines. Regardless of their many advantages, they are not flawless. Solar panels require huge plots of land and are highly dependent on the weather. Wind turbines contribute to noise pollution, and even sometimes lead to birds and bats fatalities.

Green city requires a green source of energy in order to maintain its sustainable functioning. In recent years, scientists have started to consider algae as an attractive source of energy. Algae are eukaryotic photosynthetic organisms that live in aquatic environments. But what makes them stand out and captivate the minds of even the brightest researchers? Aren’t they just plants without roots, leaves, and stems?

Algae are truly unique organisms! They convert water and carbon dioxide into sugar using the process of photosynthesis. Just like normal plants, they generate oxygen as a by-product that is released into the atmosphere. What a great way of purifying the air! Next, algae are known to be the fastest-growing organism on the planet. With such high growth rates, algae cultivation and bioengineering become easy. This leads to the production of biofuels – liquid fuels that are produced from by-products of agricultural or industrial biodegradable waste. Fuels of this kind are non-toxic and highly biodegradable. Algae can produce biodiesel, bioethanol, and biogas (methane and hydrogen gas), and all of these processes do not require new sophisticated equipment that was never used before.

Another important area where algae can be useful is wastewater treatment. Every city, whether it is big or small, requires clean and safe drinking water. To deliver it to people, wastewater treatment systems utilize bacteria that degrade pollutants in the wastewater. However, scientists are suggesting adding algae to this process to create a bacteria-algae partnership. Many studies indicate that such an alliance will speed up the process of waste removal because both bacteria and algae will be co-degrading present pollutants. In their research, Gonçalves et al. demonstrated that in order to fully utilize the advantages of algae, first, scientists have to assess the composition of the wastewater, because nitrogen to phosphorus ratios (N:P) can significantly affect the removal efficiency. An unbalanced ratio of those elements can lead to infamous algal blooms. Bloom, a rapid increase in algae biomass, leads to a decreased level of available nutrients and oxygen.

The list of benefits from using algae can go on and on but have those benefits been tested in real life? They were, and the results are impressive! For example, in 2009, Toyota released the plug-in hybrid Toyota Prius, called Algaeus, which runs on a 5% blend of algae fuel.

Another revolutionary experiment took place in Germany. It was called the BIQ house, and it is the first building in the world that has an algae façade that acts as a bioreactor. Algae are cultivated in the glass elements, and energy that is generated by these distinct microorganisms supplies the building with its own power.

You can see it yourself, algae-based technology is a powerful tool in fighting climate change. They offer great potential for exploration, although many more studies have yet to be done to develop environment-friendly systems. Once people and nations start paying more attention to the environment, the future will always be green!